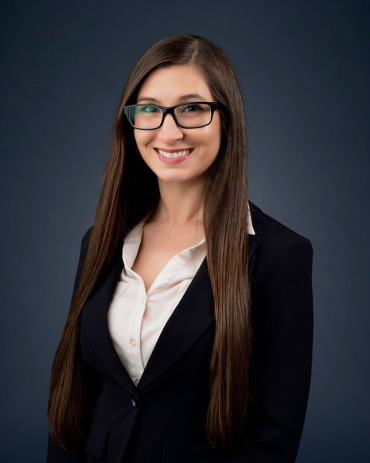 Lauren is an attorney at Meriwether & Tharp.  She earned her Juris Doctor at Georgia State University College of Law and her bachelor’s degree in Mass Media and Political Communication and minor in Political Science at the University of Missouri.

While in law school, she co-founded the Georgia State University Student Animal Legal Defense Fund (SALDF) and was its Vice President for three years, and was also a member of the Family Law Society.  During an internship with a family law attorney, she developed her passion for family law.  In her third year of law school, Lauren interned with Atlanta Volunteer Lawyers Foundation in its Safe Families Office, helping victims of domestic violence to obtain Temporary Protective Orders in order to escape abuse.  She also interned with the Honorable Jane C. Barwick of the Superior Court of Fulton County, where she observed numerous court proceedings involving family law matters and conducted extensive research on the subject of family law.  She joined Meriwether & Tharp after graduating and taking the Georgia Bar Examination in July 2017.

"In April 2018, I was given custody of my 5 year old daughter by a tough Forsyth County judge. Lauren Zaki, and the rest of the Meriwether & Tharpe team, were instrumental in this result. My daughter's life would be dramatically different without her long hours and attention to detail. I can't recommend her enough for any and all divorce situations!!" Posted by Adam